Welcome to the world of maple

Katya Teague is a journalism student at Concordia University and the owner of a rather cranky hedgehog. She is a self-proclaimed book fanatic who loves to read on the train, by the pool, and everywhere else. In 2014, she retired from her job as a barista to pursue a more challenging career at Indigo trying not to abuse her employee discount. She has enjoyed camping ever since her parents thought it was a good idea to bring an 8-month-old into the wilderness. Her hobbies include hiking, daydreaming, and watching Doctor Who.

Denise Mylonakis enjoys long walks on the beach and whistling iconic tunes. She ran a Leonardo DiCaprio fan blog from 2009-2012 but chose to give it up to pursue a career in the real world. When she isn’t attending classes at Concordia University or busy being Greek, she can be found biking around Montreal with her camera at hand.

Krystal Carty is currently studying journalism at Concordia University  and is the co founder of a public relations firm, Darling Public Relations. She enjoys wasting endless amounts of time binge watching reality TV and has yet to meet a pop culture reference that she did not love. She enjoys long walks with her dog and copious amounts of caffeine. 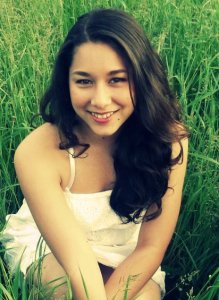 nan Renold retired from being a professional dancer in early 2006 to pursue her true dreams in television reporting. She is a current Multi-platform journalism student at Concordia University who specializes in trivia knowledge, film theory and finding out everybody’s secrets. Her hobbies include reading anything written before the 90s, eating obscene amounts of chocolate while watching early episodes of The Office and singing at the top of her voice in front of the mirror when no one else is home. 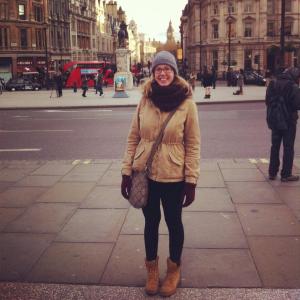 Danielle Gasher is a 20-year-old first-year journalism student from Montreal. She is a cat and coffee enthusiast with an insatiable curiosity and a love for news. She enjoys long walks to her fridge, traveling, BBC documentaries and Seinfeld.

Sarah Kossits is a 21 year old journalism enthusiast and a lifelong maple syrup hater. She prefers Nutella on her pancakes (and on just about anything) and does not enjoy everyone’s favourite maple-syrup-drizzled-on-snow-on-a-stick.

Juliet Booker is an 18-year-old journalism and creative writing student at Concordia University. She is originally from Vancouver and grew up putting Aunt Jemima on pancakes and waffles. Moving to Montreal this year has been eye opening, not just because it snows more than it rains, but also because she discovered that Aunt Jemima is not “real” maple syrup.

Kylee Ross is a reporter in the Concordia University Journalism program. Having grown up in Quebec, maple syrup has always been a subtle staple in her home cooking and winter activities. Her favourite maple syrup memories are all with her grandmother. Kylee spent almost every winter weekend in Harrington with her grandmother for most of her childhood. Every year around spring her grandmother’s neighbours who tapped maple trees would let Kylee and her sister drink the cold sap right out of the tin buckets. Some years her grandmother would boil down sap from the neighbour’s trees in her own kitchen to make maple syrup. Kylee’s grandmother specially boiled the syrup into taffy and would pour it right onto snowbanks on her lawn where Kylee and her sister could pick it off with forks to eat.

Valerie Nadeau is a journalist from Quebec City. Nadeau has been studying at Concordia University, where she has acquired an array of skills in writing, broadcasting and researching. She has been a writer for 8 years, dabbling in fiction and non-drama. Nadeau has also been working on a new blog since the start of 2016. Valerie has attended English school for most of her life, but French is her first language.

Marilyn Roman is currently a student in Concordia University’s journalism program. She has always loved drowning her pancakes with maple syrup so this was the perfect project for her! Aside from writing, she loves skiing, reading, traveling, and eating peanut butter straight out of the jar while watching Say Yes to the Dress.